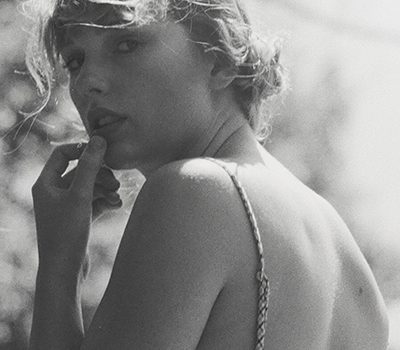 Taylor Swift is keeping cozy in quarantine with her cardigan.

In a new commercial for her ongoing partnership with Capital One, the Grammy winner, 30, reveals the contents of her one-note closet.

“It’s looking kinda chilly out today, what am I gonna wear?” the pop star says before unveiling her wardrobe, which contains well, only her “Cardigan” merch sweater.

Over the summer, Swift surprised fans when she dropped folklore, her critically acclaimed eighth studio album, without any warning.

“Before this year I probably would’ve overthought when to release this music at the ‘perfect’ time, but the times we’re living in keep reminding me that nothing is guaranteed,” Swift said about her latest work, which contains the single “Cardigan.”

“My gut is telling me that if you make something you love, you should just put it out into the world,” she added.

Last year’s ad saw Swift starring as a waitress in a diner and a bartender in a restaurant. Of course, she had a few mishaps along the way.

Earlier this year, the Lover star was slated to perform her sole concert in the U.S. but her plans were halted due to the coronavirus pandemic.

Capital One JamFest had been set to take place on the final day of March Madness Music Festival, a three-day free music series originally scheduled to kick off on April 3 at Atlanta’s Centennial Olympic Park. Halsey and Tayla Parx were previously announced as part of the lineup with Swift headlining the show.

According to a statement posted by Capital One on its Twitter page at the time, the company remained “united with the NCAA’s decision to cancel the Final Four and all related events including the March Madness Music Festival.”

“In the interest of our cardholders, artists, staff and fans, the Capital One #JamFest2020 will not take place,” the tweet continued.

The post Taylor Featured in New Capital One Commercial appeared first on Taylor Swift Web | Your Online Resource For Everything Taylor Swift.