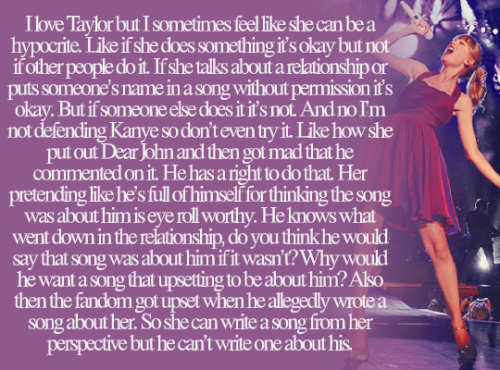 (secret continued) Did she ask Leo if she could use his name in The Man? I know she only says his first name but people know who she’s talking about in that line. That line could be taken as a hit at Leo, I know it’s not but the general public might think so. Also if we go off she only puts their first name so how do you know it’s about that person? Then the same could be said when Kanye first put out famous. He only said her first name so couldn’t it have been about anyone with the name Taylor? Until he put out that horrible video obviously, but still. Honestly after writing this I kind of think a big part of this is the fandom also having double standards when it comes to Taylor and other artists.