path-of-my-childhood: Taylor Swift is back as a cover star of… 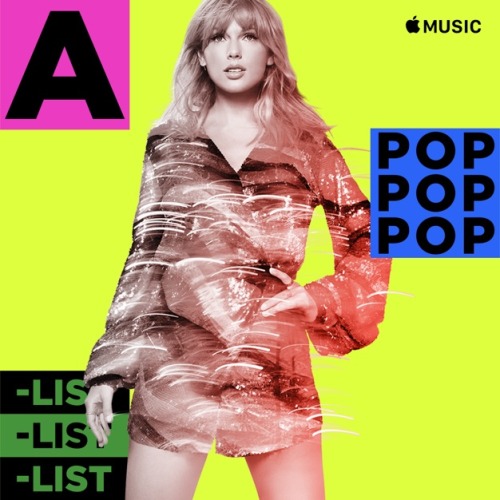 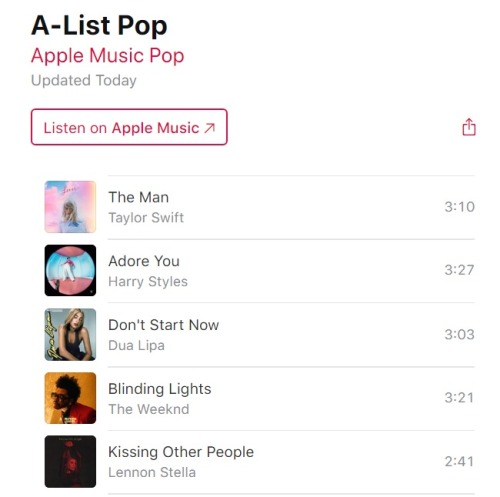 Taylor Swift is back as a cover star of Apple’s A-List Pop playlist, with her song “The Man” added as the first song in the playlist. Here is what editors of the playlist wrote about it:

“Taylor Swift’s growth as an artist and songwriter has coincided with a sharpening of her inner and critical voice. “I have to fight this instinct to be polite, that I can polite my way through,” Swift tells Apple Music about uncomfortable moments that, in the past, she would have smiled her way through. “Like, if I just keep being polite, it will stop being uncomfortable. Five minutes later, I’m like, ‘That was bad, that was wrong. I should have just talked back, sassed, clapped back.’” On “The Man,” the pop star puts this into practice. She points out the double standards that she and many women face with a frankness that burns: “What I was wearing, if I was rude/Could all be separated from my good ideas and power moves.” Listen to “The Man” now and add A-List Pop to your library to stay up on the latest and greatest pop music.”

path-of-my-childhood: Taylor Swift is back as a cover star of…