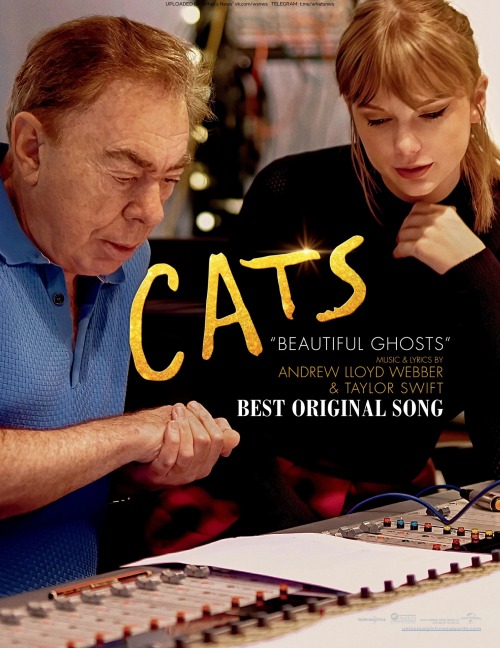 Performed by Francesca Hayward, reprised by Judi Dench and sung by Swift during the end credits, this is vying to become Lloyd Webber’s third song nomination. He won for “You Must Love Me” from Evita (1996) and was nominated for “Learn to Be Lonely” from The Phantom of the Opera (2004).

Mike Knobloch, president of global film music and music publishing at Universal, notes that nearly a decade into his tenure, working on Cats this year was momentous. Of the collaboration between Andrew Lloyd Webber and Taylor Swift for “Beautiful Ghosts,” he says: “It’s such a tall order to take a legendary body of work, like his music for Cats, and add a new song to it… The way it plays in the film like it was always meant to be there is just stunning.”