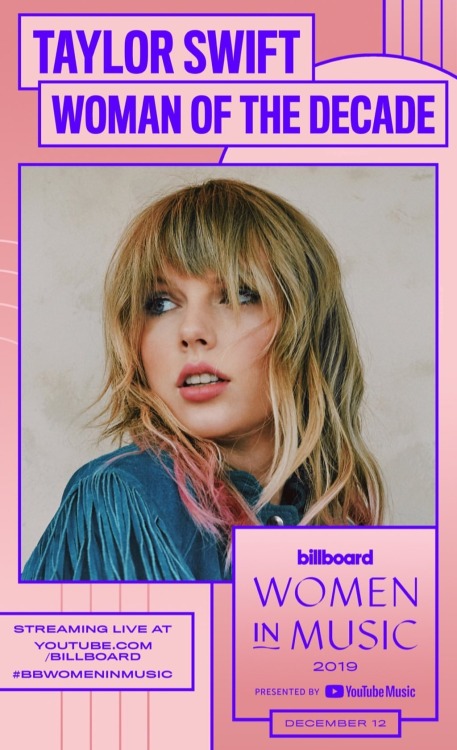 Excerpt from Billboard’s “Taylor Swift Will Receive First-Ever Woman of the Decade Honor at Billboard’s Women in Music” article:

Taylor Swift will become the first-ever recipient of Billboard’s Woman of the Decade Award. Swift will be honored at the 2019 Women in Music Event on Dec. 12 at the Hollywood Palladium in Los Angeles.

Billboard will give the honor to the Lover star, who is deemed “one of the most accomplished musical artists of all time over the course of the 2010s.” Swift has landed countless professional achievements, including five No. 1 albums this decade, five No. 1 singles on the Billboard Hot 100 chart, three worldwide stadium tours and two Billboard Woman of the Year Awards. The singer-songwriter is also being honored for her commitment to protecting creative rights, music education, literacy programs, cancer research, disaster relief and the Time’s Up initiative.