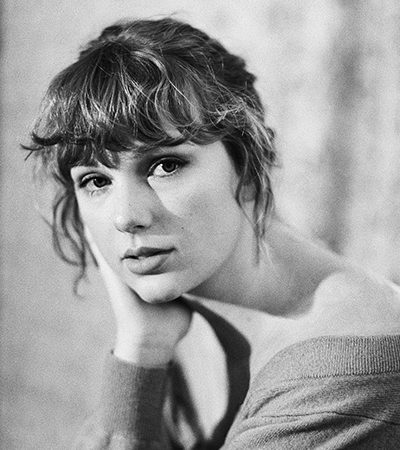 Taylor Swift notches her eighth No. 1 album on the Billboard 200 — and second of 2020 — as her surprise release Evermore arrives atop the list. Her latest studio album earned 329,000 equivalent album units in the U.S. in the week ending Dec. 17, according to Nielsen Music/MRC Data, marking the fifth-largest week of the year for any album.

Evermore was released on Dec. 11 via Republic Records with little warning, and was only available as a standard digital download album (across traditional digital retailers like iTunes, as well as Swift’s own official webstore) and a standard streaming album. Its CD edition did not arrive in stores until Friday, Dec. 18 (so expect sturdy sales in the album’s second week). Cassette and vinyl LP configurations are due in 2021.

Evermore is the companion set to her earlier surprise No. 1 album, Folklore, which bowed atop the Aug. 8-dated Billboard 200.

The Billboard 200 chart ranks the most popular albums of the week in the U.S. based on multi-metric consumption as measured in equivalent album units. Units comprise album sales, track equivalent albums (TEA) and streaming equivalent albums (SEA). Each unit equals one album sale, or 10 individual tracks sold from an album, or 3,750 ad-supported or 1,250 paid/subscription on-demand official audio and video streams generated by songs from an album. The new Dec. 26-dated chart (where Evermore debuts at to No. 1) will be posted in full on Billboard’s website on Dec. 22. For all chart news, follow @billboard and @billboardcharts on both Twitter and Instagram.

Eighth No. 1 Album: Swift continues to rack up No. 1 albums on the Billboard 200, as Evermore nets the superstar her eighth leader. She’s nearing Barbra Streisand’s all-time record among women of 11 leaders. The only other woman with more No. 1 albums than Swift is Madonna, with nine. Among all artists, The Beatles have the most No. 1s, with 19. Among all soloists, Jay-Z leads with 14.

Notably, Evermore’s first-week total units (329,000) and album sales (154,500) are the biggest for any album since merchandise/album bundles and concert ticket/album sale redemption offers both ceased to count towards chart sales as of Oct. 9. It’s also the biggest week for an album since physical albums bundled with a digital album could only be counted as a physical sale upon shipment to the customer (starting on Aug. 7). In the past, Swift’s albums, including Folklore, like many other albums, benefited from merchandise/album bundles and physical/digital combo offers. (Swift has never employed a concert ticket/album sale redemption offer.)

Remarkably, Evermore has the biggest week — both in equivalent album units and album sales — for an album that was only available as a digital download album and a streaming album, and without any bundles or physical/digital combo offers in over two years. The last album to post a bigger week with only a digital and streaming album, and no bundles of any sort (and no physical album either) was Drake’s Scorpion, when it debuted with 732,000 units (of which 160,000 were in album sales, all from its download album) on the July 14, 2018-dated chart.

Shortest Gap Between New No. 1 Albums by a Woman: Evermore debuts at No. 1 just four months and 18 days after Folklore opened atop the list dated Aug. 8. That’s the shortest gap between new No. 1s on the Billboard 200 chart ever by a woman since the tally became a regularly published weekly chart in March of 1956. Previously, the smallest wait between new No. 1s by a woman was five months and three days between the first weeks at No. 1 for Olivia Newton-John’s If You Love Me Let Me Know (Oct. 12, 1974) and Have You Never Been Mellow (March 15, 1975). Both titles spent one week at No. 1.

Swift’s Folklore flies 11-3 on the Billboard 200 with 133,000 equivalent album units (up 249%), as its album sales ballooned to 106,000 (up 742%). The set’s sales got a huge boost from sale pricing and promotion in Swift’s official webstore of the Folklore vinyl LP (in assorted colored vinyl variants) and a signed CD edition of the album.

With Swift at Nos. 1 and 3, she’s the first woman to have two albums concurrently in the top three dating back to 1963 when Billboard 200’s then-separate mono and stereo LP charts folded back into one overall chart. The last act, overall, to have two albums in the top three at the same time was Future, on the March 18, 2017-dated chart, when HNDRXX debuted at No. 1 and his self-titled album was No. 2.

As Republic Records is the home of both Swift and Kid Cudi, the label lays claim to the entire top three for the second time in 2020. On the Oct. 31-dated chart, Folklore was No. 1, Pop Smoke’s Shoot for the Stars, Aim for the Moon (released via Victor Victor Worldwide/Republic) was No. 2, and 21 Savage and Metro Boomin’s Savage Mode II (released via Boominati/Slaughter Boomin/Republic/Epic) was No. 3. The label last achieved the feat in 2018, and is the only label to have held the top three since Interscope in 2003.

The post Evermore Debuts at Number 1 on Billboard 200 Albums Chart appeared first on Taylor Swift Web | Your Online Resource For Everything Taylor Swift.