“Taylor Swift: Miss Americana” will be showing in The Prince Charles Cinema In London from Friday, January 31st to Thursday, February 6th 2020. You can get your tickets on the link above.

For New Year’s Eve, the famous couple took a romantic getaway to the Maldives, where they spent some time on the beach, listened to live music and had a low-key night. Here’s what Matthew Crane, who performed in front of the celebrity pair during the holiday, had to say:

“It was a fantastic night, and there were many different guests there throughout the event. I sang at the front of the beach, on the jetty, where the guests arrived for about an hour and a half there. Later on, all the guests left for the main event that was on the other side of the island. There was a big stage and it had lots of different food. That’s where the guests were for the party area, and I sang on the main stage for another 15-20 minutes from there.

They were the last group to arrive, so there was no one else on the jetty. I saw this pretty, pretty couple and their friends, and as she walked up from where she got off the boat, I realized who she was — it was Taylor Swift and Joe Alwyn. She was in a really pretty black sequins dress that went down to her knees. Joe was wearing a nice collared shirt with shorts or trousers. Because they were on an island, there was a lot of people wearing smart-casual clothes. And they were on holiday with their friends, on a private holiday.

I sang a lot of different songs when they heard me, but it was when I finished singing that they actually stood up and clapped. And they both said simultaneously, “You’ve got an amazing voice, that was really good. Well done to you.” And then they walked off to the main event, which was on the other part of the island. And sang a bit later, and Taylor’s best friend, Abigail [Anderson Lucier], came up to me and said, “How does that voice come out of that small, young body of yours.” She told me I was brilliant and she shook my hand.”

speaknow:YOOOO I JUST CHECKED MY NETFLIX AND MISS AMERICANA IS…

speaknow:YOOOO I JUST CHECKED MY NETFLIX AND MISS AMERICANA IS… 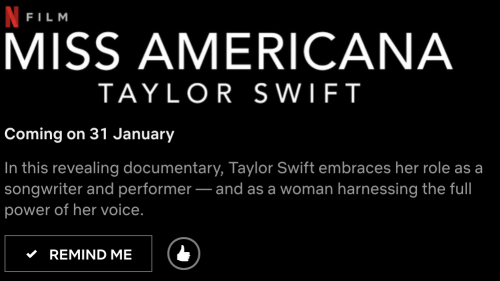 YOOOO I JUST CHECKED MY NETFLIX AND MISS AMERICANA IS COMING JANUARY 31!!!!!! 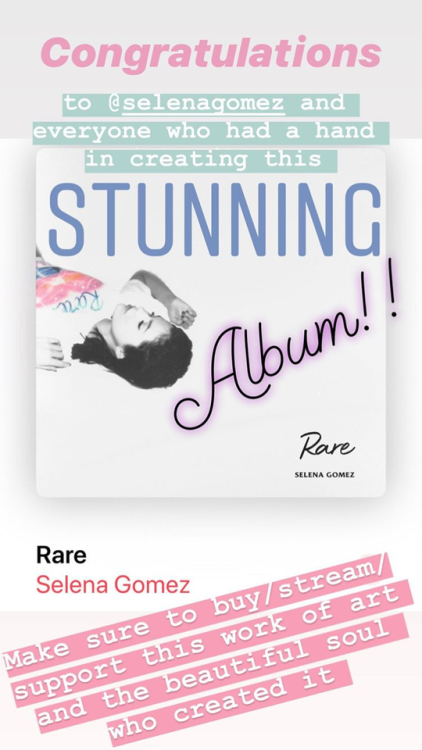